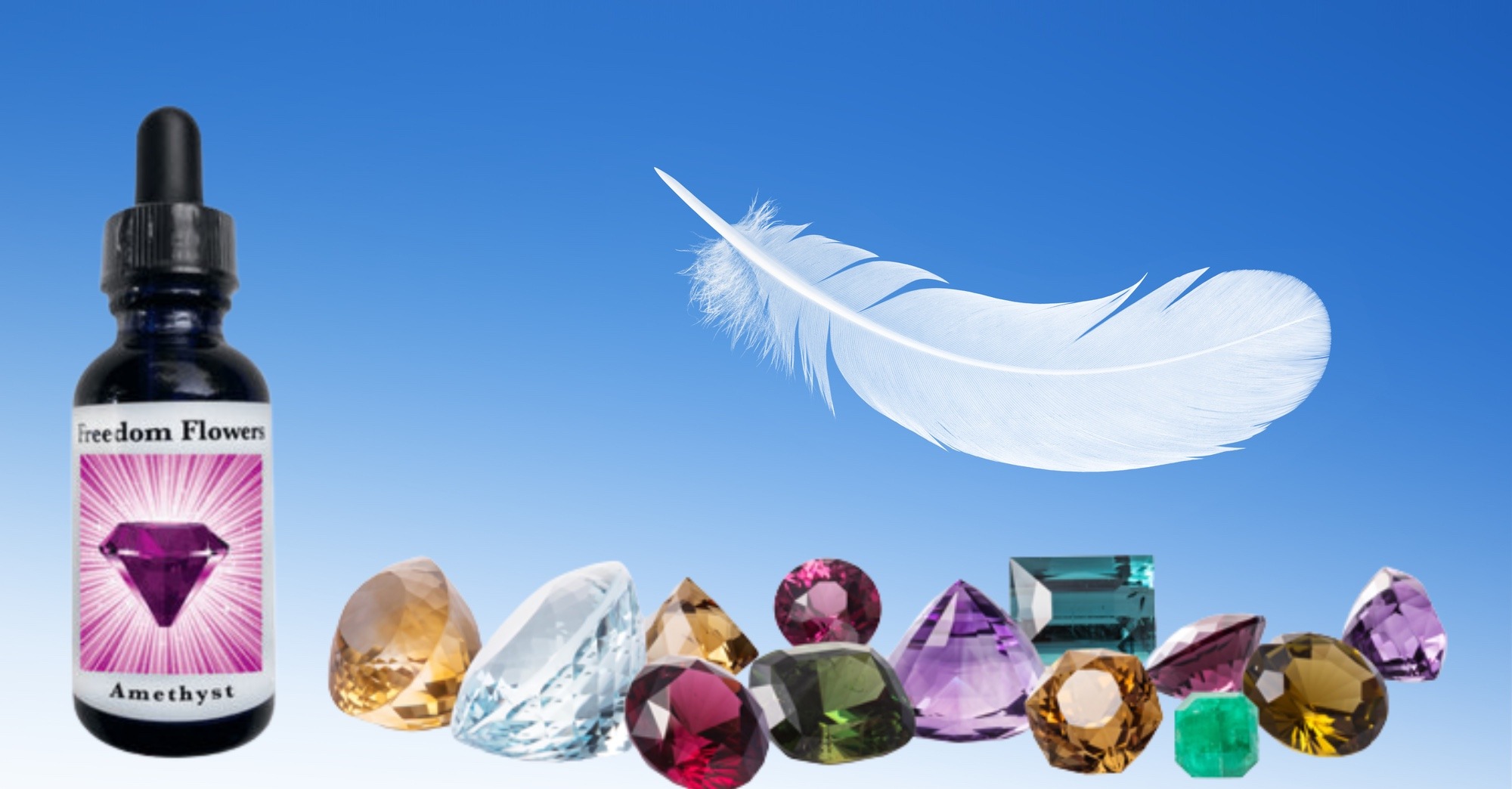 From time to time, Seneca needs more Divine Gem Essences, so she contacts me to make more.  Now, the process of making them isn’t hard, per se, but the energy and intention that goes into them is important, so I try to do it when I am in a healthy internal space so that I’m enhancing the process, not interfering with it.  Additionally, it is dependent on weather conditions, so I was waiting for a bright sunny day.  When I woke up the other day the weather was perfect and the forecast suggested it would remain that way, so it was time to make some more Divine Gem Essences.

Now, if you aren’t familiar with the Divine Gem Essences—what they are or what they can do for you, then I have a few suggestions.  First, you can read more about the gems themselves in the book I wrote on the subject, Gemstones From Heaven, which talks about  a number of things including how they showed up and some of the things the gemstones can mean when they appear.  You might also take a read through Flower Power by Seneca Schurbon which explains about what essences are and how they can help you.  While the book is focused on plant essences, Seneca has expanded her product offerings since initially writing the book, so the same concepts will ultimately apply to the Divine Gem Essences as well.  You may also consider reading the following blog articles:

Now, back to the story.

As I was setting up the process for the gem essences I prayed over them that they would be filled with healing virtue, then I assigned certain angels to watch over and assist in their creation.  In particular I asked Jasper, an angel who assigned to me and is tied to the gemstone manifestation in my life, to aid the process.  I also sent some healing angels to do the same, then left the essences to “cook” so to speak as I went about my day.

As I was inside waiting, I was reading a new fantasy book I had picked up—in which the main character just so happened to be discovering how to perform and enhance supernatural healing—a synchronous coincidence that wasn’t lost on me.  However, things got even more interesting.  While reading, a tiny feather appeared in midair in-between my face and the book.  I instantly got excited!  I began to verbally welcome the angels and the healing work they are doing in and through the essences, and invited them to participate in making the essences even more potent and energy-filled than before.

My excitement might not make sense to some without some explanation, so let me explain.  A few years ago, after I published Gemstones From Heaven, I wrote a second book in the series, Feathers From Heaven.  That book was what it sounds like—all about the supernatural manifestation of feathers, much like Gemstones From Heaven is all about the gems.  One of the chapters in this book talks about the various messages God can be communicating when feathers appear—and one in particular applies to this situation.

Quite often when a feather appears, there is a healing work that needs to happen, but the message is not just that healing needs to happen, but that healing virtue is being released to make it happen.  We see this in the Bible where in Malachi 4:2 it says that “the son of righteousness will rise with healing in its wings.”  While different people have different ideas of who this refers to or what it means, the root words suggest that it is actually talking about a “brilliant light-being” who will rise with healing in its wings.  In other words, a healing angel.  But the fascinating part here is that when you also consider that essences are made using sunlight, there is a sort of play on words and interpretive message—that with the sun and feathers there is a greater release of healing virtue to accompany the energy the divine gem essences already carry to help resolve emotional problems.  While I can’t make any measureable claims as to what any of this will mean for this batch of essences, I’m excited for all of the wholeness these will help bring to people all over the world!

Michael C. King is a prolific writer by day and a Registered Nurse by night. He hungrily explores all things spiritual and has a love for signs, wonders, miracles, and strange phenomena. Michael is married to a beautiful wife who doubles as his editor. He is known by family and friends for his proficiency in the prophetic and in healing prayer. He is available for speaking engagements on request. Connect at thekingsofeden.com