Confessions of a Former Food Snob

Like most people involved in alternative medicine, I have an interest in eating well, and a decent idea of how to do that. I used to be a health nut, very focused on what I ate or didn't eat, to the point where shopping, planning and preparing meals was taking up a significant portion of time. I was anti-GMO, anti-sugar (in any form), anti- just about everything. Well, not true, I always had a good relationship with fat. Where we live organic food is rare, expensive and trucked a long way, so to be sure about my food, I grew it myself. My husband is a hunter and fisher so we ate very well, even though I know your idea of healthy might not include meat.

The photo above is my kitchen counter with garden produce. See those red zinnias? They should have been in my water as an essence instead of the vase, I was taking all this waaay too seriously.

Trying to eat perfectly with a full time job and a business was causing me to become a bit unhinged. The stress of getting a "suitable" meal on the table three times a day combined with the social pariah status that comes with turning down restaurant invites, birthday cake or anything with red dye #40, was taking a toll. Not to mention, in spite of my efforts, broccoli was my undoing. My garden overproduced broccoli, I ate it raw everyday all summer, screwed up my thyroid. Broccoli! Go ahead, laugh!

I'm a Christian and eventually I realized this was fear, not faith. Jesus told us not to worry about what we will eat or drink, "is not life more than food?" Hmmm. I'm not saying its a license to eat irresponsibly, only that food can no longer run my life. We're supposed to recieve our meal with thanksgiving, not suspicion. It's not whether you begin each meal with a formal prayer. That's not the issue. The issue is, where is your heart at when you sit down to eat? Are you happy to have it? Or are you worried about the calories, whether the cook washed their hands, where it came from? All of that has bearing on how well your body receives the nutrients.

The fear of eating unhealthy food is called orthorexia. This is an eating disorder. Don't try to dress it up, the perfect diet is an unhealthy one.

With this realization, I turned meal responsibility over to my husband. I went through a period of "Fear Factor" style eating, which was pathetic as I was afraid of really basic things that most people eat.  Now I eat anything, literally.  I can go to third world countries and eat whatever they give me.  I've gained weight, but the thing I never expected was that I no longer get sick.  I'm actually healthier than when I was trying so hard.  I credit this mostly to a mindset change.

What you are eating is not nearly as important as what's eating you.

I'm keenly aware now how much food idealists are similar to religious denominations. They all have their narrow little focus, the things that they vilify, and will adamantly tell you that their way is the best. There are the paleo people, and the low carbers and the South Beachers, the vegans etc. All shunning something. And there's merit in all of it, but all of them are missing a piece - or peace.

I'm in the process of overhauling my metabolism, not because I cut calories, which is the common perception, it's because I was restrictive in other ways. I was busy winning the war against food, rather than just being at peace with it.

Update: This blog post is an oldie! The story has continued on, some of it is in my Body Coaching book. It focuses on getting your spirit to heal body and soul, so that you can eat in a balanced and reasonable manner without stressing over it all. You can pick up the book on Amazon, or get it as part of a package with essences that support the proper spirit/soul/body hierarchy as well as helping with cravings and other issues around eating. 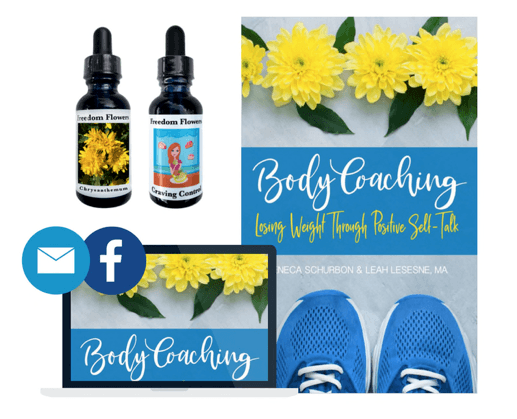