Most of us see the importance of healing our own wounds, especially those stemming from early childhood. A few of us understand that we’ve picked up less than desirable things from our bloodline and need to address those. Fewer still understand inherited trauma, and that’s what we’re going to look at today. I’ll share a few broad examples, along with a couple personal stories so you can see what this looks like in real life, and what to do about it.

Intergenerational trauma or transgenerational trauma seems to mean different things to different people. For some, it’s simply “hurt people hurt people.” Meaning that parents who have gone through things don’t parent well in all areas. Be that as it may, I consider that a first hand trauma, even though it’s a parent passing their pain on.

For our purposes, I’m loosely defining intergenerational trauma as trauma that you feel, but didn’t happen to you personally. It came from one or more of your ancestors. These experiences get passed down most likely through cellular memory and/or spiritual dynamics, though this is very much debated by experts.

Intergenerational trauma’s first serious observation was in 1966. Psychologists noticed a pattern among children of Holocaust survivors coming in for help at the rate of 300% more than the general population. That got attention to look for these kinds of patterns, and similar observations have been made for descendants of slaves, Native Americans, war survivors, refugees, and many other groups.

Intergenerational trauma does not have to be defined by being part of a larger people group such as those mentioned above, though observations suggest when there is a shared dynamic it becomes more complex and interwoven into one’s identity. There’s also the reinforcement of so many in your ancestry having the same or similar experience to compound it.

Elizabeth was one of the testers for the Double Delight Rose essence which I initially selected for intergenerational trauma. I didn’t tell her that aspect was even on the table to expect. I had tested it before and along with several others, had been able to reconcile paradoxes, so that was the angle we were going for, and I assumed I was mistaken about it helping with passed down trauma. But then this happened.

“I have African, Native American and white blood. Whenever the subject of Andrew Jackson would come up, this dislike and hatred would come up.  Most people would tell you that I'm one of the most loving people you would ever meet.  I like people that some people don't like.

I would forgive him and I would be good for a minute.  After a period of time I would have to re-forgive him.  I finally asked God what was going on.  He shared that one my Choctaw grandmothers was a part of the Trail of Tears.  She made a vow that she would NEVER forgive President Andrew Jackson for what he did to her and her family. 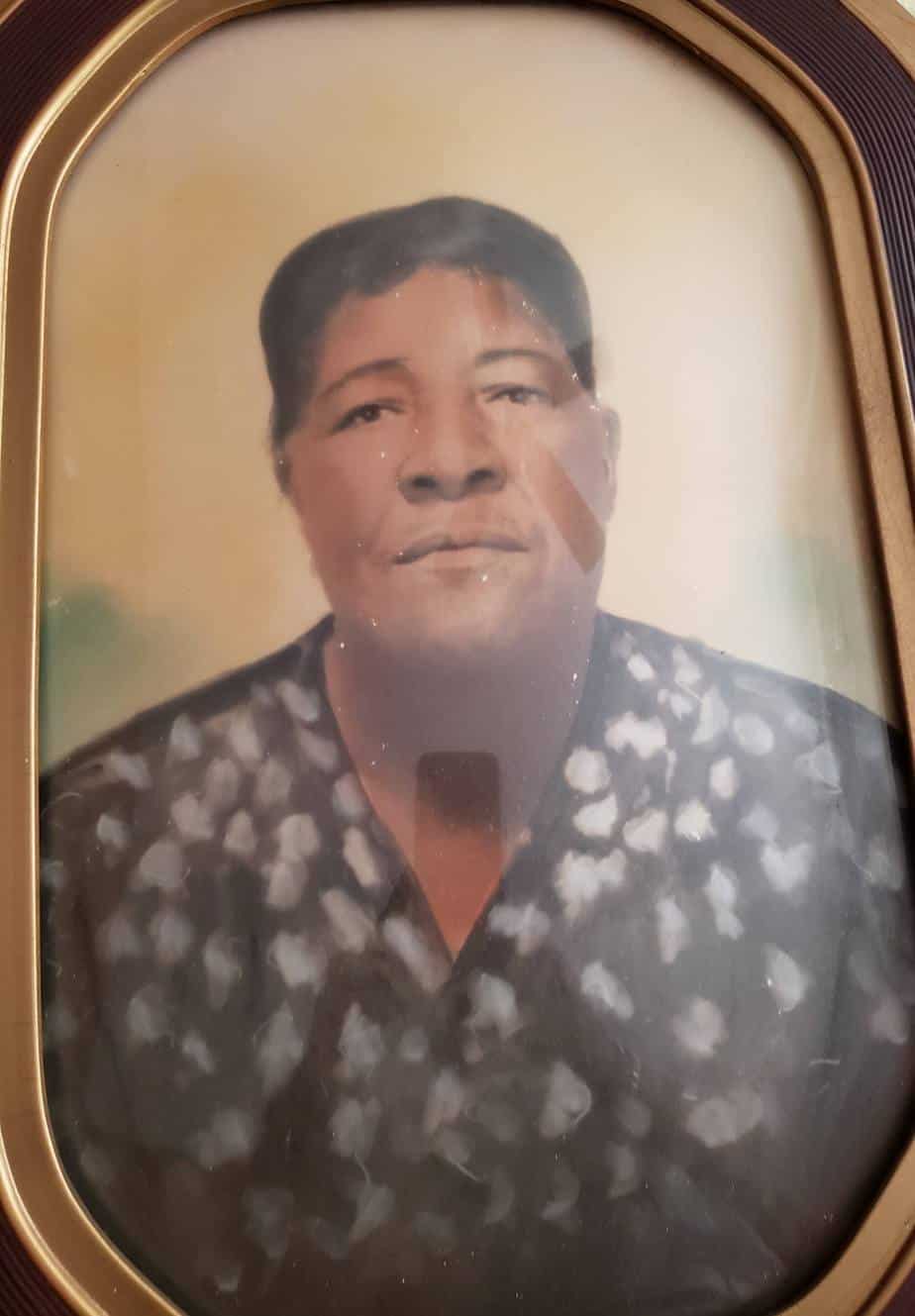 I was carrying that vow in my DNA.  While I was taking the Double Delight essence, I was able to finally renounce that vow and cleanse my bloodline from that unforgiveness.  I've been able to embrace the white part of my DNA and realize that it is a part of who I am.”

As a sidebar, Stephanie Thomas, Freedom Flowers practitioner and doctor in South Africa who works with autoimmune disease believes that the DNA belonging to mixed race people is expressing in autoimmune conditions because of racism in the bloodlines, which is part of why it’s so important to get this resolved.

My own story is not one connected to race, but it made itself known similarly to Elizabeth’s. Late 2019, John MacArthur tells Beth Moore to go home and every forward thinking Christian is outraged. So am I, but I’m outraged at the people who are outraged. I couldn't understand why we were giving a male chauvinist any attention. He’s certainly not the only voice saying things like that, and she wasn’t the only woman who’d been on the receiving end of statements like that. WHY was it suddenly this big deal and WHY did she need everybody coming to her rescue?

Again, just so you see the idiocy in my emotional state, I’m upset at the ones trying to defend her, and I know how screwed up that is. It is right to stand up for those who are being bullied.

So I sat myself down and asked questions and listened. What kept coming up was “too little too late.” It also felt like all these people could stand up now because they are a majority. It doesn’t take courage when your voice is the mainstream. Where were they for the earlier women in the pulpit being told to go home?

Why was this such a touchy thing with me? I hadn’t really experienced chauvinism to any great degree. More like the roll my eyes and do what I want kind. Nothing traumatic there. I never attempted to be a woman preacher, never felt shut down in any similar way... It wasn’t my trauma.

The pain was real, but it wasn’t mine. 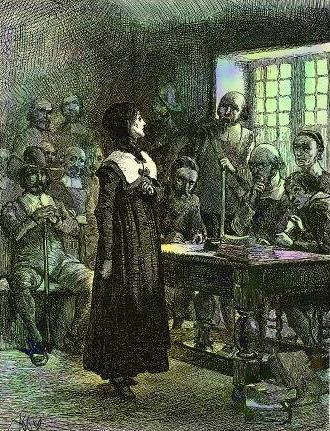 By the way I feel, I suspect she was able to resolve the ostracism and loss, but there’s still something there with those who stood up for her and/or those who didn’t. There was an ultimate betrayal by her pastor whom she followed from England, who initially advocated for her and then publicly scolded her. Ouch.

She was also not the only family member exiled based on religious beliefs (so much for being founded on freedom of religion) nor was she the only one that had a problem with the same guy. However she was the only singled out and harassed woman that I’m aware of.

Lest you feel overwhelmed by the idea of not just cleaning up your own junk, but now that of everybody in your ancestral line, here’s a little bit of perspective.

I haven’t been able to verify this quote. It’s one of those that’s been floating around the internet with nobody giving a concrete source, but it’s supposedly by Bruce Lipton, a respected cellular biologist. He allegedly said that emotional distress is the cause of at least 95% of illness and disease and that the remaining 5% is genetic and caused by stress somewhere within the ancestry of individuals. If this is right, it means that only about 5% of the time it’s not your issue, but goes back further, so we still want to mainly focus on our own stuff. My intention in this post is to help you recognize these triggers and be able to resolve the trauma so it stops with you.

How Do You Know If You Are Being Affected By Intergenerational Trauma?

If you are a part of a collectively traumatized people group, go ahead and assume it’s there and affecting you in some way. If you have some strange triggers like Elizabeth and I, you can ask some questions, dig into your genealogy and potentially trace it back.

If you haven’t had any of those experiences, and don’t know of any trauma, you can leave well enough alone and not bother trouble, or there are some essences that have made things rise to the top.

The 528 Creative DNA essence has a very gentle way about it, automatically resolving some things, and bringing up other issues through dreams to be dealt with. Double Delight Rose has also brought up some generational trauma to the surface, functioning a little differently in some cases than it did with Elizabeth. (Here’s David’s story.) The Old Master Rose essence is another option that helps to erase familial attitudes that no longer serve in a subtle way.

Working on Your Inherited Trauma

If you have something concrete to go on, your first thing to do is forgive. And you gotta go way back to do it. Whatever conflict your ancestor failed to resolve within themselves is where you pick up and go on. My author friend Sheri Scott says to address people in 5 positions.

Perpetrator is obvious; the victim could need forgiveness for vows such as Elizabeth’s grandmother, for holding onto offense or unforgiveness, for taking revenge, etc. The condoner was in agreement, either openly or silently; the condemner judges in self-righteousness; and the fearful are often afraid to do what’s right or that the same will happen to them.

Sheri’s approach is the courts of heaven, but if you don’t do that, simple forgiveness is enough. I generally will forgive from my position as a New Testament priest, which circumvents my personal feelings — usually. (Details and instructions in chapter 14 of Accessing Your Spiritual Inheritance.)

You’ll notice both mine and Elizabeth’s came up as anger. Anger is a way for a victim to go on a power trip. It can feel like it’s all they have, and is a way to at least partially resolve the feeling of powerlessness. It’s a false power though, ultimately is destructive, and is another angle to extend forgiveness to your ancestor. If that’s your pattern as well, we have an essence for that. Part of the value of essences is to help you stick to your decisions and not need unhealthy coping mechanisms.

These are the essences we have so far for working on “the way back” stuff. We are actively developing in this area, and will update this post as we grow in knowledge and resources. Here again are the flower essences mentioned above. We can also choose essences according to the trauma itself, though it will be a bandaid until the ancestral root is resolved. 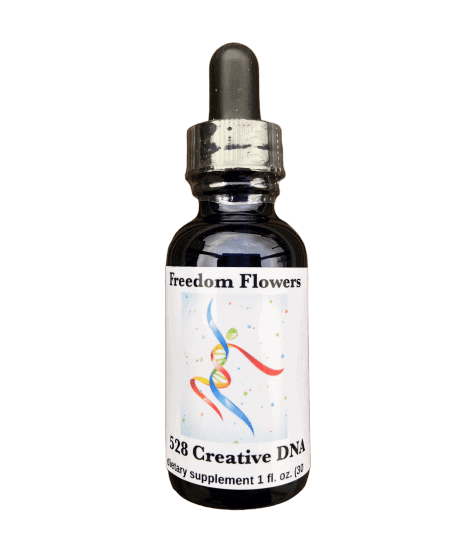 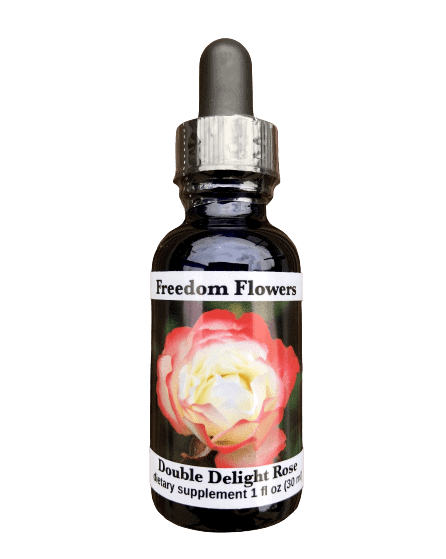 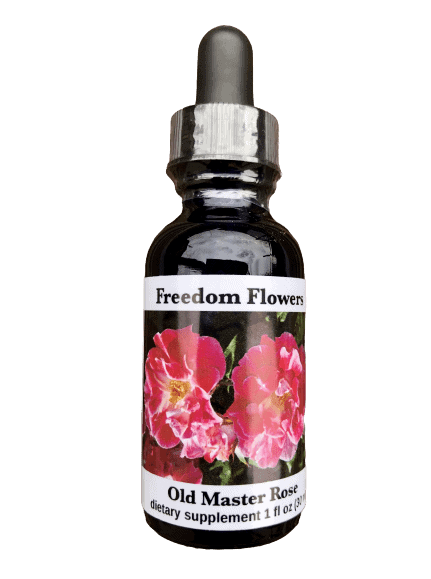 Here is a list of spiritual healers who work with generational issues.

This is a great video with prayer at the end for descendants of slaves in America.

Intergenerational trauma can carry forward anytime we do not address our own wounds. And while we still predominately want to deal with our own personal issues, sometimes we do need to go back further for healing. Doing the work means a resolution not only for you, but for your family going forward.