Flower Essences for Disappointment and Hopelessness 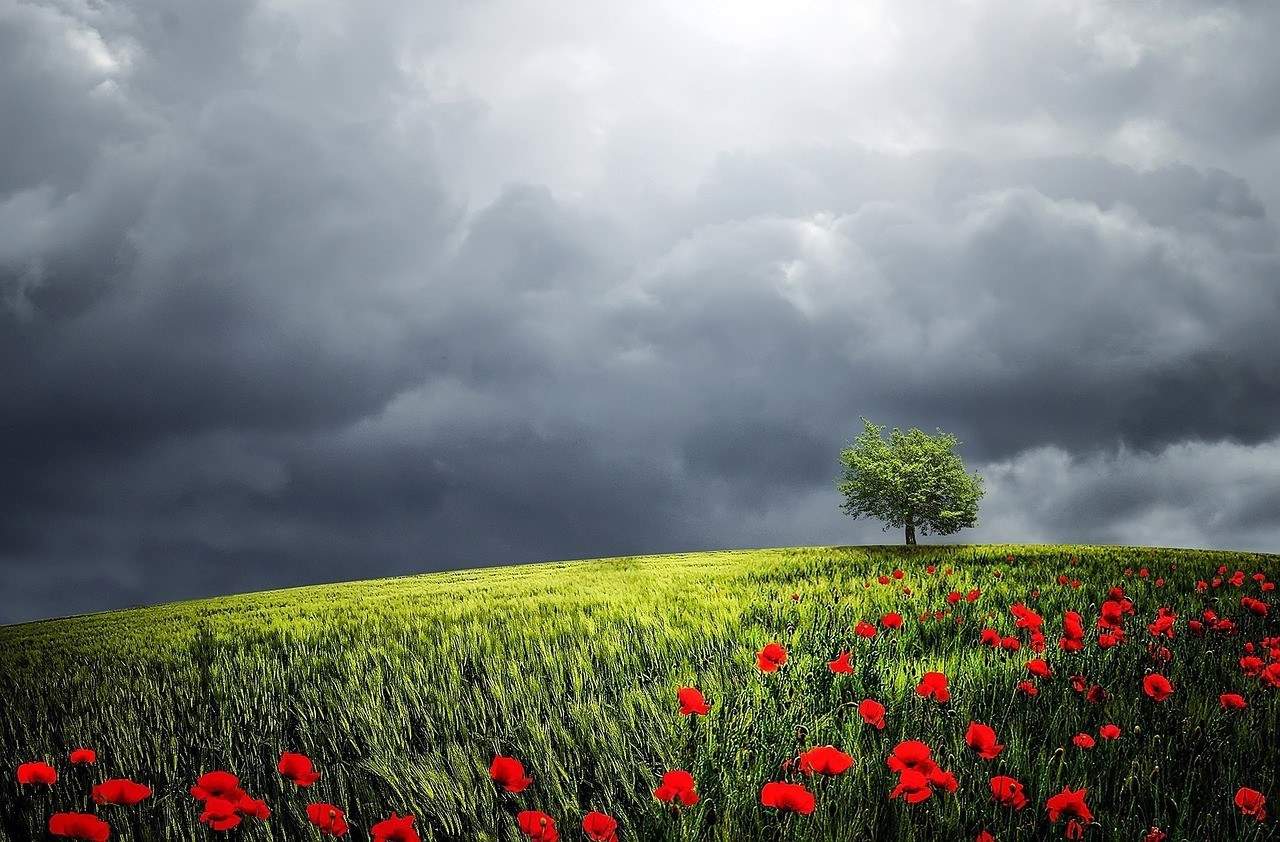 Are you upbeat and looking forward to the new year?  Or are you still reeling in disappointment and frustration from the past?  When things don’t go as you’d hoped, do you adapt and roll with it, or do you get hung up in a certain measure of defeat?

I had a dream last night of talking with an acquaintance named Melissa.  I walked up to her house, and she was sitting outside in the dark with a depressed black dog and talking to herself at a radically high speed until I interrupted.  We started talking about life and “tomorrow.”  Do we dare get our hopes up?  Is it going to be more of the same?  Disappointment after disappointment has rained down on our parades.  Promises go unfulfilled, our support structures are crumbling, and uncertainty is rampant.  I knew in the dream I had to make an essence blend called “Tomorrow” to address hopelessness and anxiety about the future.

“Hope deferred makes the heart sick.”  That quote was from Solomon, and if you’ve ever muddled through Ecclesiastes, you know he knows what he’s talking about because that book is a bummer.  Hopelessness and discouragement take a toll on the physical body as well as the mental.  It takes a lot of courage to have hope because the tendency is to protect ourselves from further heartbreak after our hopes had previously been dashed.

But in our fear of keeping ourselves whole by not getting our hopes up, we fall into the trap of hopelessness.  “Hope deferred makes a heart sick, but a longing fulfilled is a tree of life.” If you lose hope, you will never make it to the tree of life.  Apathy is a defense mechanism, but it will shut us off from receiving renewal from the tree.

Hope is powerful.  It changes our thoughts, creates our plans and guides what we actually do.  Without hope, we stay in our ruts, not content, yet not moving either.  With hope, we take appropriate action and position ourselves to the best of our ability to receive the thing we’ve been hoping for.  Without hope, we don’t complete projects, plant gardens, learn new skills or take care of ourselves.

Hopelessness breeds despair and despondency about the future.  Hopeless individuals believe that their problems will never be solved and they will never succeed at what they attempt to do.  After all, success is attained through seizing the opportunities, and a hopeless person can’t see the opportunities.  He or she only sees future disappointments.  To the mind of a hopeless person, what appears as opportunities and future promises are nothing but future failures and regrets in disguise.  Any action taken to better their situation seems like a fool’s errand.  Chasing the wind, as Solomon put it.

So how do you maintain hope in the face of continual disappointment?  For starters, let’s look at Solomon’s Seal flower essence.  “Set me as a seal upon your heart” – Song of Solomon

Solomon’s Seal helps with the frustration, the “why try” mentality and the attachment to certain outcomes.  When things don’t go according to plan, it will help you stay in a position to receive the best in life.  You’ll be better apt to see blessings in disguises, and the setbacks actually drive hope and anticipation higher because you can glimpse something bigger than you imagined on the horizon.  We always tend to think too small and can become so grieved over our own little plans that don’t pan out, instead of realizing that things really do work out for the best.

Solomon’s Seal in herbal lore was given Solomon’s stamp of approval, and if you have an imagination, you can see the seal on the roots.  You might also see Hebrew writing on sliced roots, as if it were a scroll, rolled up and sealed for your future.  Every season of growth earns the plant a new “seal” which is actually a scar from the die back of the flowering stalk.  Can you relate?

Every season of set-back becomes a new promise if you can get on board with that.  If you can risk your heart by not thinking too small.  Believe!

“Seal” elsewhere in the ancient text signifies a promise that will not be broken. Remember, the quote says “deferred,” not “denied.”  However, fulfilled promises rarely look exactly as you had imagined.  Solomon’s Seal comes in handy here as well to help you readjust.

I’ve gone ahead and made this essence blend, as per the dream.  Remember Melissa?  She’s my favorite flower essence.  Melissa officinalis, better known as Lemon Balm.  I use it in probably half of Freedom Flowers blends because it’s so multi-purpose.  Since Melissa was in the dream, I know she’s going in this blend.  The high-speed self-talk from the dream is an issue that Lemon Balm corrects, the over-thinking, high velocity thought processes with anxiety over the future.

Scotch Broom is a great anti-depressant as well, but more so on the pessimistic “worlds going to hell in a hand basket” type of mentality.  When the global issues seem so bleak, this is a great essence to break up that negativity.

Wild Rose deals with the resignation that accompanies hope deferred. It fixes that “I can’t see any way out of this mess” thinking.  Wild Rose brings life back in, with a new found inner freedom to live life to fullness even though it is filled with trials.

Bluebell for moving into optimism.  We know we need to “think positive,” but it can be so hard to do sometimes.  Taking some bluebell essence is the shortcut through the cynicism.

And of course, I added Solomon’s Seal.

If you’re not completely in the cynical, depressed, “life is a colossal failure” mindset, you can still benefit from these essences.  I think all of us have areas of our lives where we have given up.  You might want to re-explore some old dreams and look at what your rational is for not moving forward in that area.  Is there a root of disappointment or resignation?  If so, Tommorrow Essence might be the kickstart you need.  You might also look at M&M (Motivation and Manifestation) Essence to beat procrastination and feeling like the task is insurmountable.

So what are you waiting for?  Renew your hope for tomorrow today!  -Seneca