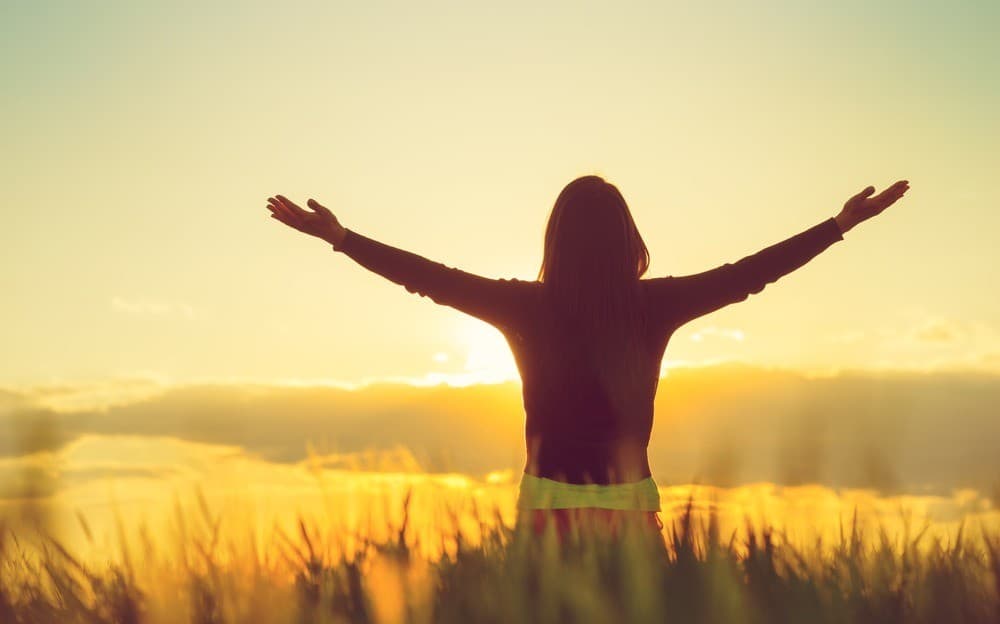 Having an attitude of gratitude gives us one of the biggest returns on investment in terms of the effort we put out. A few minutes a day can cause substantial changes in your overall wellbeing.

There have been many scientific studies over the last 20 years examining gratitude of all things. Lets look at some ways we benefit from acknowledging our life’s benefits.

Scientists first used fMRI to study gratitude in 2008.They measured the brain activity of participants experiencing different emotions and noted that there was a “significant correlation of gratitude with hypothalamic activity.”

Researchers in 2009 studied blood flow in different brain regions while subjects summoned up feelings of gratitude. They found that the people who showed more gratitude overall had greater degrees of activity in the hypothalamus. The hypothalamus is the link between your body’s endocrine and nervous system. Your hypothalamus regulates and controlls heart rate and blood pressure, body temperature, fluid and electrolyte balance, appetite and body weight, glandular secretions of the stomach and intestines, production of substances that prompt the pituitary gland to release hormones, and your sleep rhythms.

As you can imagine, your hypothalamus has a huge impact on your overall health, so any way we can help it function better is worth pursuing.

Feelings of gratitude activate parts of the brain responsible for releasing dopamine, a feel-good neurotransmitter. Dopamine also helps you take action, and do more of the thing you just did to feel good. It’s widely implicated in drug addiction, but you can get various natural highs, one of which is gratitude. Unlike serotonin, dopamine does not directly help regulate mood. But because it can produce feelings of pleasure, dopamine helps you feel satisfied with a particular event or your life in general.

In a study of 522 Israeli teenagers who’d been under missile attack, researchers found that life satisfaction was the strongest safeguard against PTSD. But gratitude proved to have an influential role in helping the teens be more satisfied with their lives, by helping them look at their situations in a more positive frame.

The study also showed “some support for gratitude’s role in ‘undoing’ negative psychological states” that often go hand in hand with trauma—meaning that gratitude helps heal the aftermath of a traumatic event as well as preventing its worst psychological effects.

A post-earthquake Indonesian study found that the positive effects of gratitude didn’t show up until 8 months after the event. There were some issues with this study such as no prior baseline of gratitude, and they also didn’t get in there until 5 months post-disaster, so some healing undoubtedly took place before the study. They did find a marker showing gratitude as helpful between their 5 month and 8 month assessment, and it also shows that gratitude may not be a quick fix. The Greater Good Science Center has done a lot of research on gratitude and a study of theirs reported no changes in a week, better after 4 weeks, and significant changes after 12 weeks.

All major religions are pro-gratitude. Spirituality increases gratitude and gratitude increases spirituality. That is a vicious circle I can get on board with! Gratitude is a great faith builder. If you spend time recalling your day to see where God and angels intervened on your behalf, even in little things, it increases your faith.

Gratitude journaling before bed improves sleep according to a 2011 study published in Applied Psychology. I would propose that it’s more relaxing than going over your to-do list or worry list, and probably has something to do with the aforementioned hypothalamus action.

How to Practice Gratitude

Getting gratitude to work for you varies a bit from person to person. Being told we “should" feel grateful backfires. It feels dismissive of our painful circumstances and invalidates our struggle. Nobody can tell you how to feel. Real gratitude does not mean you shove every negative emotion, but rather hold the tension between acknowledging real problems, while also seeking to frame some aspect of the situation in a positive light. Making lemonade, in other words. It’s very possible you’re going to have to settle your grudge with anybody who has suggested you are ungrateful for your messed up life, or at least separate that event from an exercise that can heal you.

You don’t have to “feel” grateful. The mere act of trying to think of things you are grateful for forces you to focus on the positive and that increases your serotonin production according to Dr Alex Korb in his book Upward Spiral.

There are a bunch on the market with prompts, but a simple small notebook in which you list three things per day will work just as well. I’m less structured, preferring to run back over my day before bed and “see” where God showed up in the midst of it and express my gratitude in prayer.

Get an accountability buddy

My start with gratitude was through a 30 day program for marketers. It was not what I was there to learn, and I did it every day only because they made me check in. You can find a partner who also wants to work on this and have a 3 min phone call once a day, or a messaging app to have a bit of social accountability. A buddy can also offer a little help if you’re having trouble seeing a bright side. Share this post on social media and ask if anyone will join you.

Tell someone you are grateful for them

For you verbal expressives, pick a person each day and tell them why and how much your appreciate them. You'll make their day, and stick with your gratitude practice.

Notice the beauty in the world around you

It's every where if you choose to see the best in your surroundings. The world is a symphony of color, texture and design.

Look for the growth opportunities and learning experiences in your failures, rather than beating yourself up.

Post what you are grateful for each day on social media and spread the positivity. You can even invite people to join you by posting theirs in the comments.

Essences definitely help you shift mindsets without all the effort on your part. Thimbleberry is one that helps us to frame our circumstances in a more positive light and flow in gratitude.

Sage’s Rainbow Gem Essence dissolves the blocks around gratitude to release your capacity for abundance.

It’s easier to have gratitude when you feel better about your circumstances. Our Joy blend contains Thimbleberry as mentioned above as well as other flowers that help with situational depression.

If gratitude causes you to feel indebted, unworthy or guilty, those are just areas that need attention, and you can be grateful those triggers showed themselves. Missouri Primrose and/or Hyssop could be good essences for this feeling that you either don’t deserve good things, or that you can free and clear receive good things from someone else without paying it back. For now, shelve the gratitude exercises and focus on healing yourself until you feel worthy of having blessings.

Pride will hinder gratitude. If all you have in life is due to your hard work, your talent, your skill, your brains and not because of helpers, teachers, supportive spouses or a deity, pride could be an issue. It’s unlikely anybody with pride can admit it and want to change, but for what it’s worth, Sunflower essence can help temper pride with a healthy sense of self.

And if you think you need a bunch of essences, there's always the custom combo.

However you do it, give gratitude a try for a few minutes a day. The payoff is potentially huge over time. 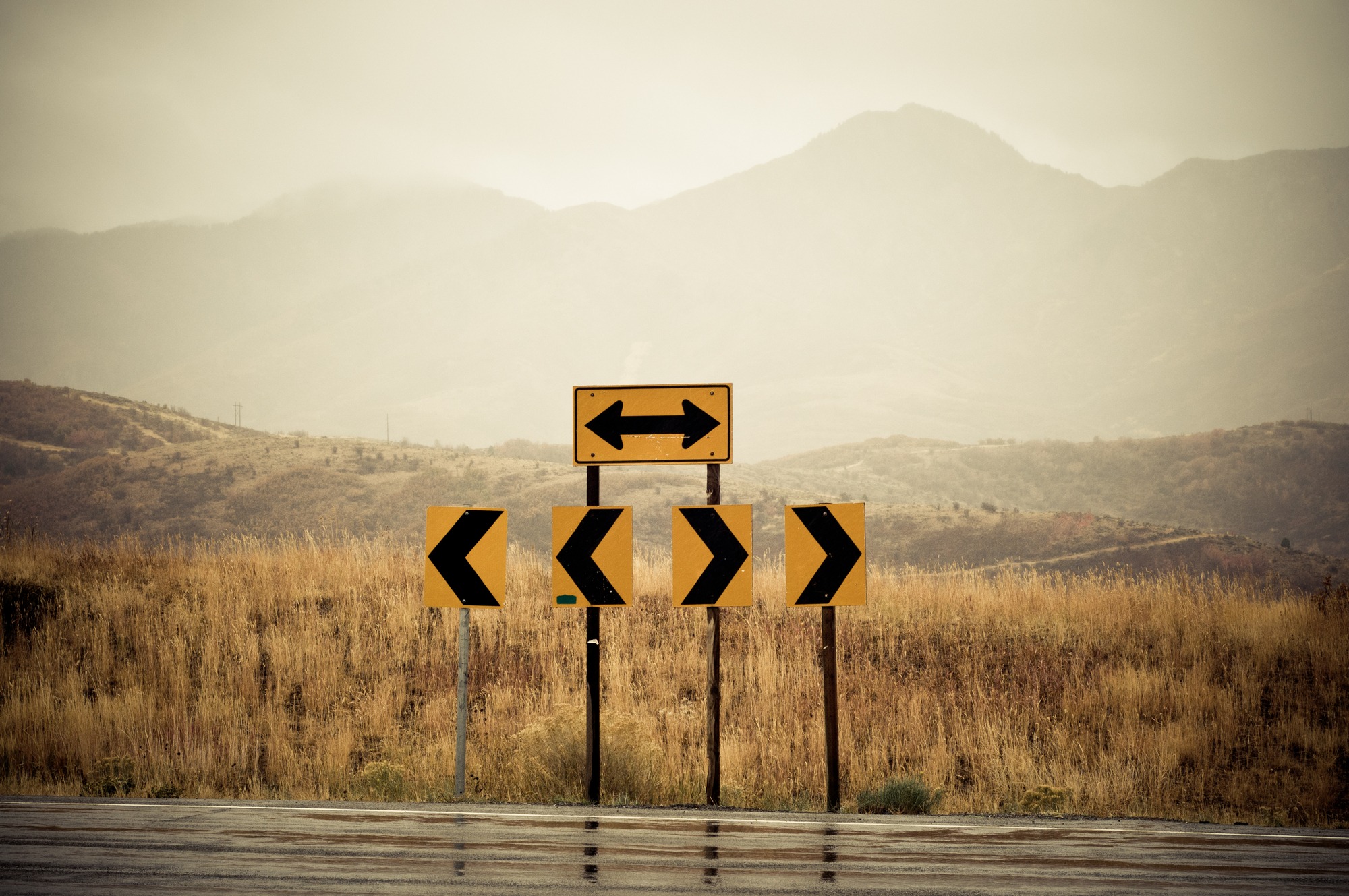 The Right and Left of Healing: How to Interpret Physical Symptoms and Address Emotional Roots

Biorhythms: How to Work With Your Personal Ups and Downs

Ever chart your biorhythm? It's proposed that we have these cycles that END_OF_DOCUMENT_TOKEN_TO_BE_REPLACED 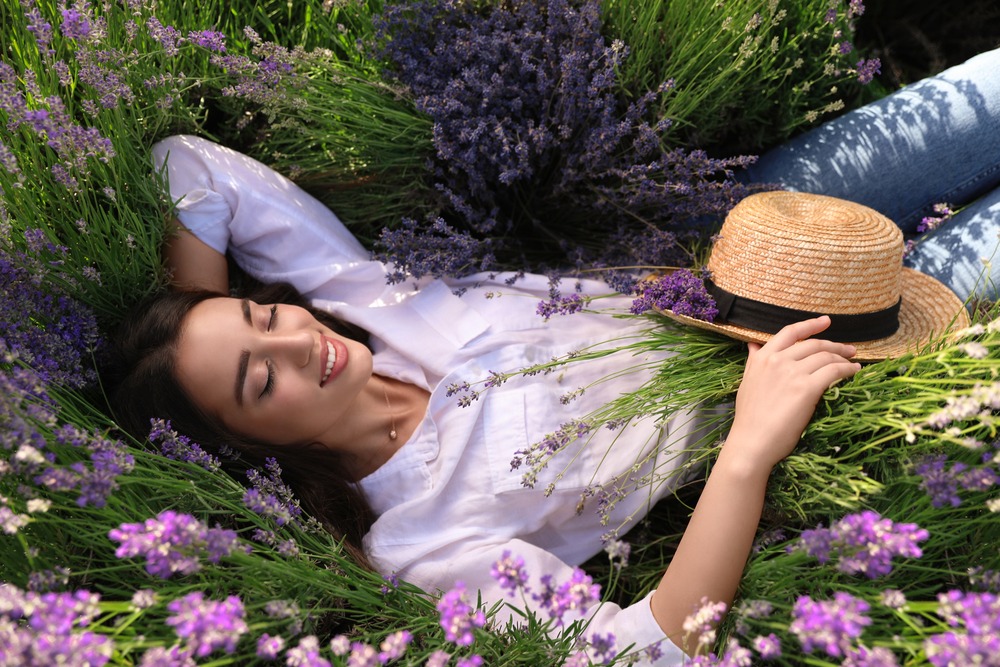 Adrenal fatigue has really gotten to be a thing in today's society. END_OF_DOCUMENT_TOKEN_TO_BE_REPLACED 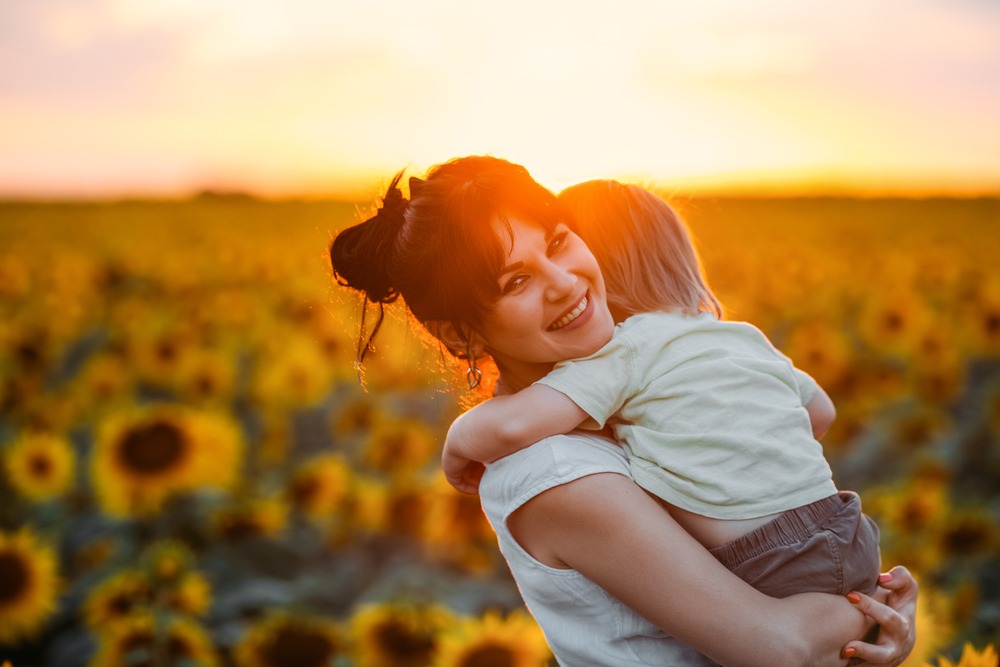 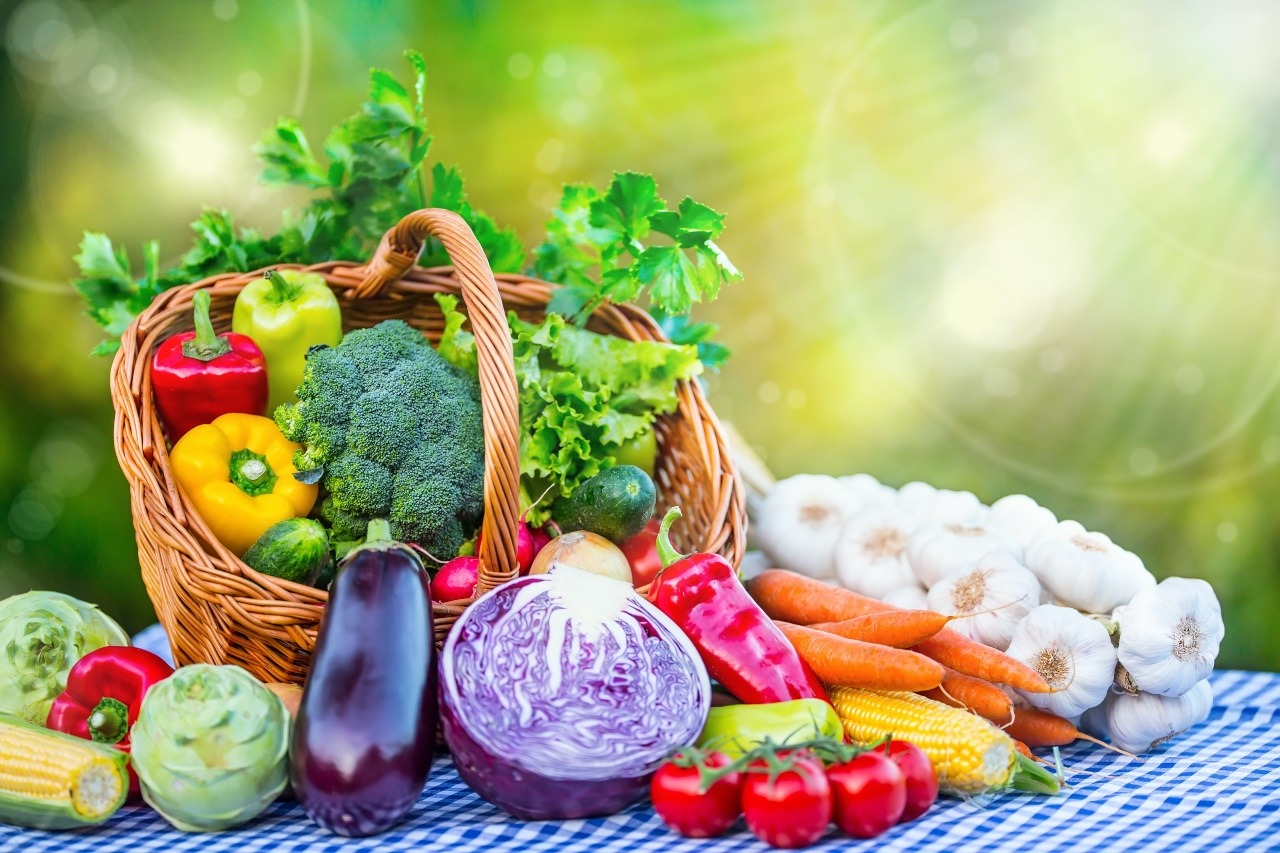 Stay In The Frequency of Abundance 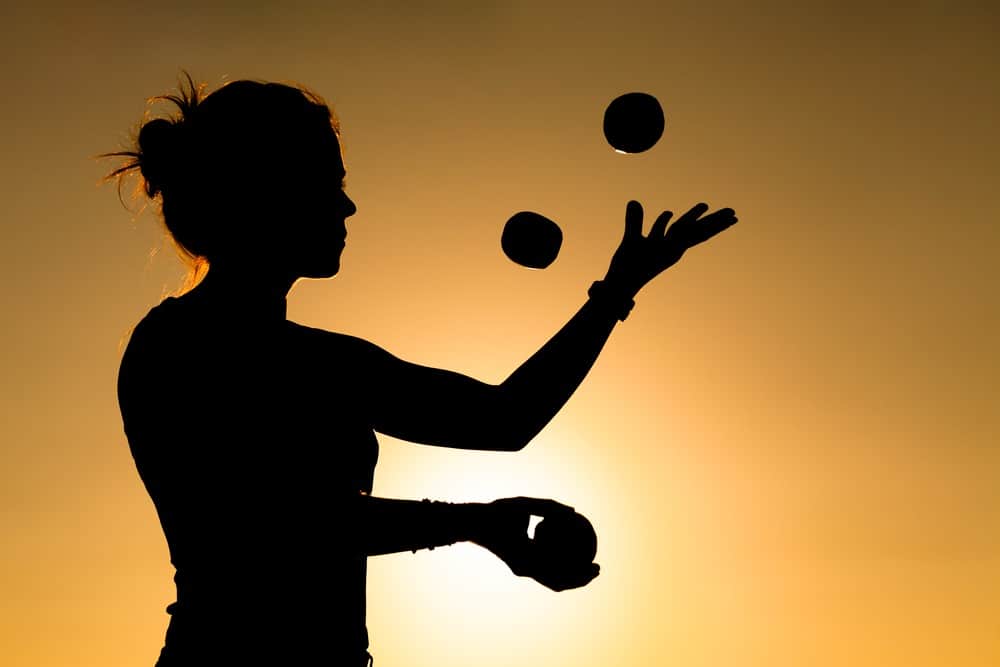