How to Let Go of Anger (Not the Same ‘Ol Advice) 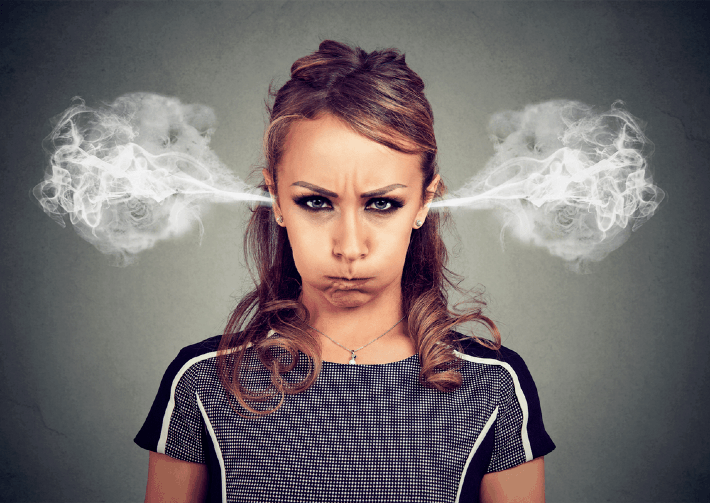 Got a short fuse? You're not alone. There is a reason willing yourself to stay cool isn't working, and together we will discover why that is, and what will help. Understanding our emotions is the best way forward, for our health, for our relationships and our future. How you let go of anger depends on a few different factors.

Did Your Amygdala Get Hijacked?

Your amygdala is a collection of cells on each side of your brain where emotions are given meaning, remembered, and attached to associations and responses to them. The amygdala is what activates your "fight or flight" response to certain stimuli.

Your frontal lobes are much more rational. They actively try to determine if the threat is real and what would be the best way to react to the situation. In a strong trigger situation, based on , the amygdala will override all the logic the frontal lobes offer. This amygdala hijacking, so named by Dr Daniel Goleman. 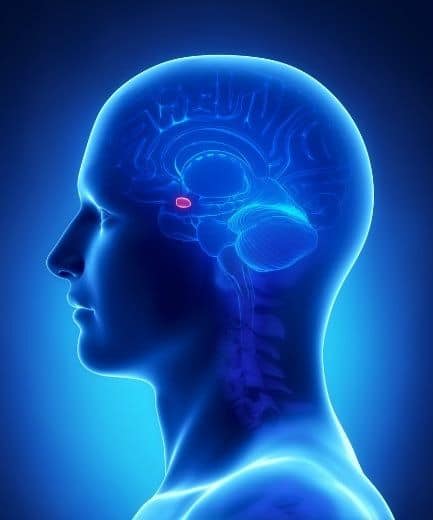 During an amygdala hijacking, a flood of hormones so you can fight. The surge can last for several minutes, during which the person is usually out of control and may say or do things they will later regret. Then another hormone , which can last for several hours to days.

Counting to ten is not cut it.

If this sounds like what is happening to you, you can stop or cut it short. You need to remember that what is happening is a biological automatic response and you can engage your frontal lobes by trying to step back and think about the situation rationally. Do something with that fight-or-flight energy like go for a walk. Use the exercise holding meridian points on our PDF below.

Ideally though, you focus on prevention. Your amygdala could not override your frontal lobes without there being something in your past that subconsciously reminded you of the current situation that made you angry. Another way to look at them is that there are soul fragments that need healing. The things that trigger you are clues to an earlier trauma, which when resolved will make you less reactive. Anger is not bad, but losing all ability to be rational can be very damaging.

When you touch specific areas of the body that are electrically sensitive, while a memory or mental image is being accessed, the stimulation of those accupoints can deactivate the experience of the negative emotion associated. Here is a free PDF with instructions for how to do this, that you can use while remembering what made you angry.

Anger is a Secondary Emotion

Experts agree that anger is almost never a primary emotion, but a cover for something deeper. Often there are core hurts such as feeling vulnerable, disregarded, unimportant, accused, ashamed, untrustworthy, devalued, rejected, powerless, and unloveable. Blowing up seems preferable to acknowledging the aforementioned pain.

If you can uncover a secondary emotion after a trigger when you are more logical and can be introspective, you might be able to track down the first time in your life when you felt that way. Even if you can't, you can still heal that secondary emotion.

Old trauma that triggers anger episodes can go way back. Womb trauma can have a greater impact on your life because it was the first trauma you experienced. If you've been flying off the your entire life, and finding a root trauma that fuels an amygdala hijack has been unsuccessful, it may have predated your ability to remember. Studies have shown that your mother's emotional health and connection with you have on your health and development. You went through everything together. Certain types of womb trauma such as being unwanted can show up as anger throughout childhood, and later on in life.  Violence at conception or during the pregnancy fuels anger issues. Here is an article that looks at the link between womb trauma and aggression in more detail.

Anger gets a bad rap. It is not generally culturally acceptable, spiritually acceptable, acceptable in the workplace, the school, or the dinner table. For these reasons and more, people deny it's existence.  In their view, it is unenlightened, a "lower" emotion, irrational, and a loss of control. No amygdala hijacking here.

But the underlying suppression and the energy it takes to do so allows shame, anxiety and depression to creep in. Dr Stephen A. Diamond in The Primacy of Anger argues that it's not necessarily a secondary emotion and downplaying it feeds into the rampant "anger paranoia" in our society. By insisting that it's secondary and going after the shame which in this case is actually secondary, you seriously undermine the healing process.

My view is that it can be/or, and it can be different in different situations. Repression differs from an amygdala hijack state. I believe anger is more likely a cover for deeper emotions when somebody blows up, and I think it can go either way with repression.

Whether primary or secondary, I think it's important to investigate your feelings. You can do this by noticing trends as to what seems to trigger your anger. Think about the last time you got angry. Did you talk yourself out of feeling the way you did? That would be repression. Did you blow up over something trivial? That would be a trigger. It may help you to keep a journal so you can look for patterns and themes.

You might to avoid confrontation and keep the peace, but, burying your anger. Low self-esteem goes with the passivity, so working on your confidence levels can help, along with learning healthy ways to confront.

You get irritated over minor things. This could be your way of letting off steam that's been building over bigger things that are worth being angry about.

It takes a lot of energy to keep a strong emotion under and blocking one out often blocks our ability to feel other things like joy and excitement.

You're an angry drunk.

You're a mellow person normally, but when you drink and your inhibitions are lower, a lot of anger comes out.

All that anger you're stuffing has to go somewhere, and it usually winds up in your back, neck and jaw.

Healthy expressions of anger help us set boundaries with others. If you are not good with boundaries, you're probably repressing anger.

Effects of Holding On To Anger

If you've read this far, I'm sure you've noticed anger is a problem and have seen the fallout from getting angry. But to further motivate you to deal with this, I'll lay out some less obvious ways that it hurts us.

“Anger is like drinking poison and waiting for the other person to die.”

The frequency of anger has a tendency to settle in the liver. Waking up between 1 and 3 am is a byproduct of holding on to anger. to many cardiovascular problems including high blood pressure. Anger can contribute to obesity, particularly carrying it around your mid-section, migraines, set you up for addiction, depression, anxiety, brain fog and fatigue, says this article in US News and World Report.

We also know that it can be extremely damaging to relationships, your professional career and cause you to make bad decisions. Lets get rid of it!

Natural Remedies For Anger and Irritability

Flower essences are not the same as essential oils, but are excellent healers and transformers of bad moods and repressed emotions. Here are some general ones for anger, but there are other options for deeper root emotions. 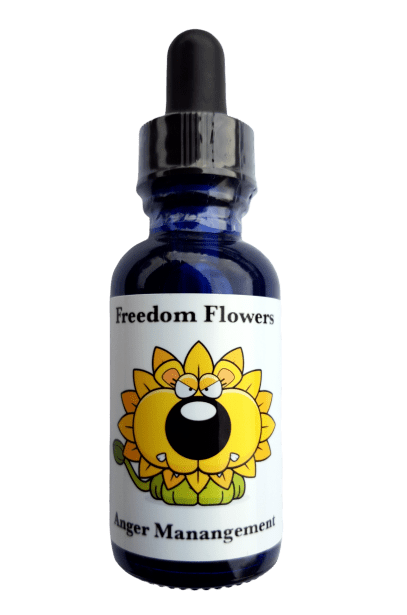 A blend of flowers appropriate for general anger and rage, vulnerability phobia, irritation, and repressed anger. 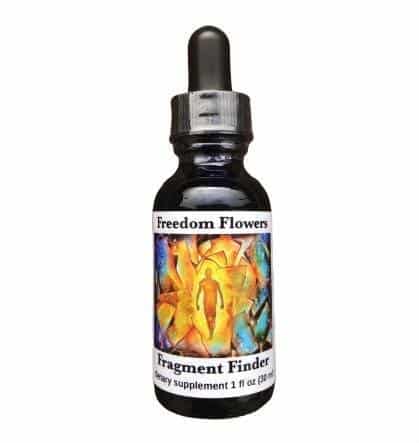 If you think your anger is secondary, but can't pin down why you're reacting so strongly, or you think you have repressed anger, try Fragment Finder.

Cherry plum helps when you feel out of control, or fear strong emotions. It helps you find healthier ways of expression.

If you think you have been effected by your mother's emotions while you were in the womb, Evening Primrose can help.

Tennis, volleyball, boxing, running, pillow punching - any movement will help. Activity also counteracts most of the physical health effects that anger has on a person.

Writing, drawing, painting, singing are all helpful and expressive ways to channel raw anger into an art form, even if you're not talented.

Ask the other person why they did what they did instead of assuming the worst. them with an accusation makes them defensive and can the situation. Inviting their side of the story means they'll be better able to hear yours.

When you communicate with the person who made you angry, keep the focus on what you're feeling, rather than the other person's shortcomings. "I feel disregarded when you make decisions that involve me, without me."

Any lasting solution will involve you understanding what you're really feeling, drilling down if anger is secondary, and uncovering anger if it is primary. Practicing healthy expressions of anger will help you become more comfortable and confident with your strong emotions, even using them as a catalyst for improving your life.

Flower essences can help with healing the end emotion, and if you can't find the root, the Fragment Finder mentioned above is great at flushing stuff to the surface. Anger Management flower essence works for just about everyone, so grab a sample! It's free for US customers, just pay our shipping.